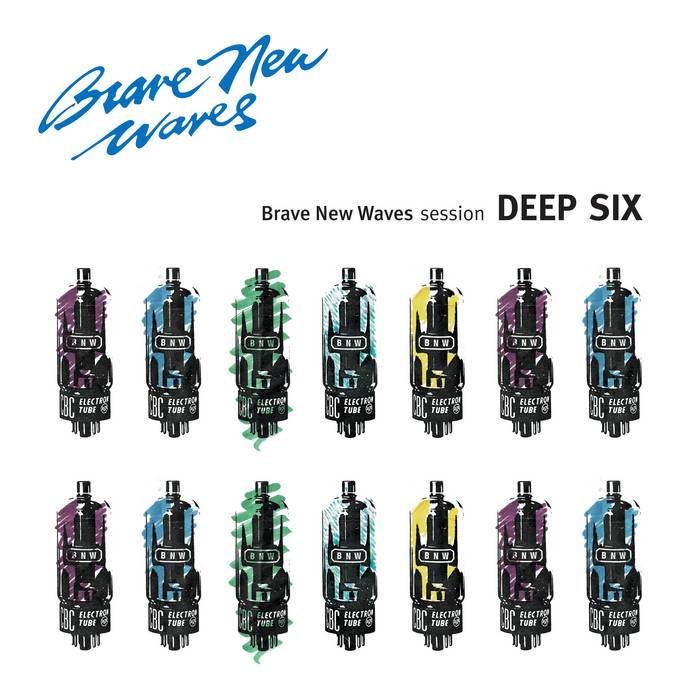 Deep Six only released one album, but their Brave New Waves session may be legendary.

Some people touch fame everywhere they go. The Braun Brothers, Dan and Josh, are exactly those kinds of wizards. In the early 80s, they played in Circus Mort with future Swans singer Michael Gira on vocals, and then Dan Braun was one of the earliest member of Swans. A year later saw them in The Del-Byzanteens with the one and only Jim Jarmusch. Dan Braun was also in a band with the future Madonna, toured and recorded with the late Glenn Branca, and performed with T-Venus (Julia Heyward and Pat Irwin).

In the mid-80s the Braun brothers formed Deep Six, a short-lived garage rock band that produced one amazing album and a great 7”.

Memory of the band’s Brave New Waves session is hazy at best. The band members remember doing a radio session but are not sure if it was in Montreal or not. One way or another, the session ended up on Brave New Waves, curated by the team of Heather Wallace, Kevin Komoda, and Brent Bambury. Shortly after the session’s broadcast, Deep Six disbanded, with nearly a decade of musical experience, touching fame but never quite attaining it themselves.

Those who were there in those days--and those who listen to the band’s unreleased material on vinyl now--understand the magic that the Braun Brothers brought, even if it was to a select few.